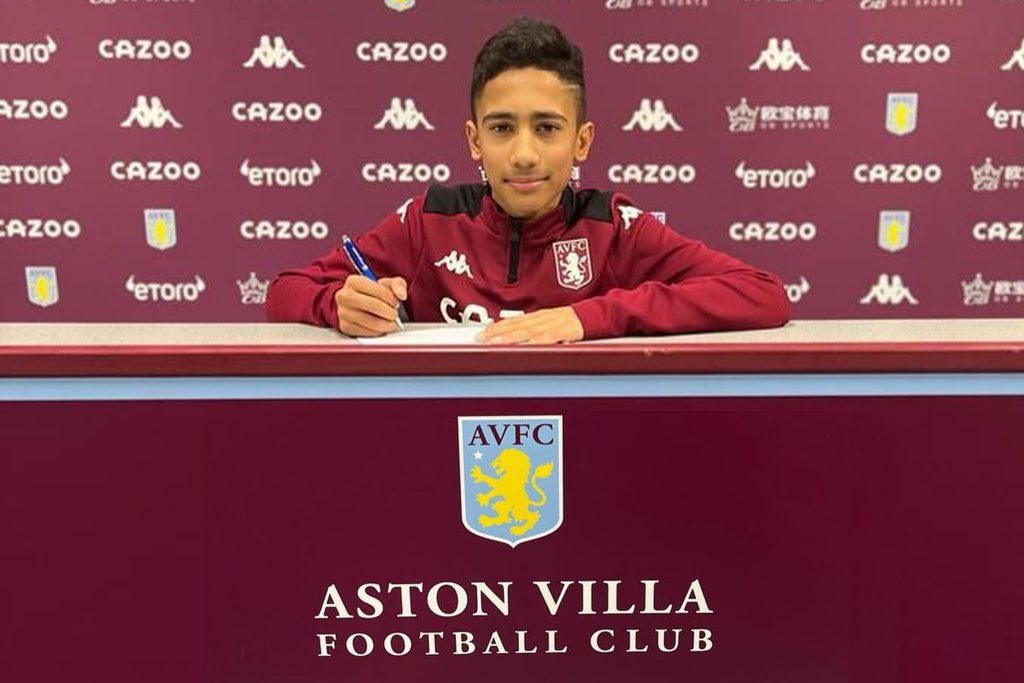 It’s always great to see our young players progressing well and none more so than Curran Chahal from our U12 Falcons who, at the beginning of February, was signed by Aston Villa Football Club to join their Elite Player Performance Plan as part of their Academy at Bodymoor Heath, near Tamworth.

Curran has been with AFC Oakley since he was an U7 (seen scoring a goal in our first ever competitive fixture against local rivals Clapham in the picture below) and has continued to play for AFC Oakley Falcons as we progressed to U12’s.
As well as playing for AFC Oakley on a Saturday Curran has also played for AFC Kempston on a Sunday and Luton Town’s Pre-Academy for the past couple of seasons.

However, after being spotted performing for the U12 Falcons at an away game back in October, and then watched by a Villa scout at a home game in November, Curran was invited for a trial period at the Villa Academy during December and January, playing in games against Bristol City FC and Leicester City FC. Not surprisingly, it didn’t take long for Villa to recognise that Curran’s speed and quick feet from left back could be something worth investing in for the future.

Although this means that Curran will no longer be turning out for AFC Oakley U12 Falcons as a coaching group we are immensely proud of Curran and  we wish him all the very best and look forward to seeing how his career progresses with the Villians.