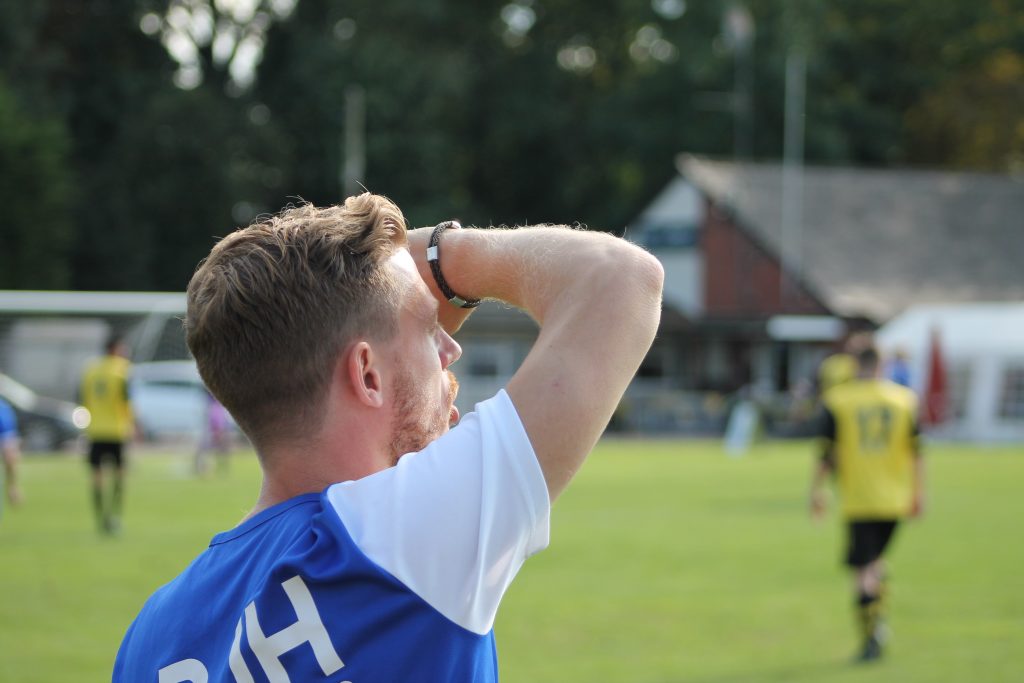 Oakley headed into this weekend’s game with Cranfield in good form having won their previous two home fixtures 5-1 each. However, going on the road to a much bigger pitch against opposition who, despite their start to the season, would be likely to challenge for the league, would likely be a much bigger task. And so it proved.

With a couple of injuries and absentees, there was a bit of a shuffle of the deck in defence. Elijah Hukin was deployed at RB and did a commendable job in the first half keeping close tabs on Cranfield’s right winger. Though work rate was high throughout the majority of the team, Oakley struggled to manage the game in the first half. We had a few half chances and set pieces but couldn’t find the finishing touch, whilst at the other end our back four and Goalkeeper demonstrated some brave and last minute defending. Then, amongst a fairly disrupted first half where Stu Gillies sustained a facial cut and George Cox suffered a hamstring injury, Cranfield took the lead, which we have to say they thoroughly deserves.

Gradually, Oakley started to make it a lot more difficult for Cranfield to play between the lines, but still headed into half time a goal down.

The message at half time was clear: play together as a team whatever happens. A few changes and a few calm heads helped Oakley retake a lot more control of the game in the second half. The subs once again had a big impact on the game, and after switching to a 4-4-2, after a neat lay off by Adam Lewis, it was Ali Smith who showed great composure from the edge of the box to guide the ball into the bottom corner and level the game.

Again, there were one or two decent chances to steal a winner, especially a late opportunity for Kyle Hawthorne but a draw was probably a fair result and in the end it was a game of two halves.

Oakley remain unbeaten and return home to face a quality Caldecote team next, before the cup games begin a week later.