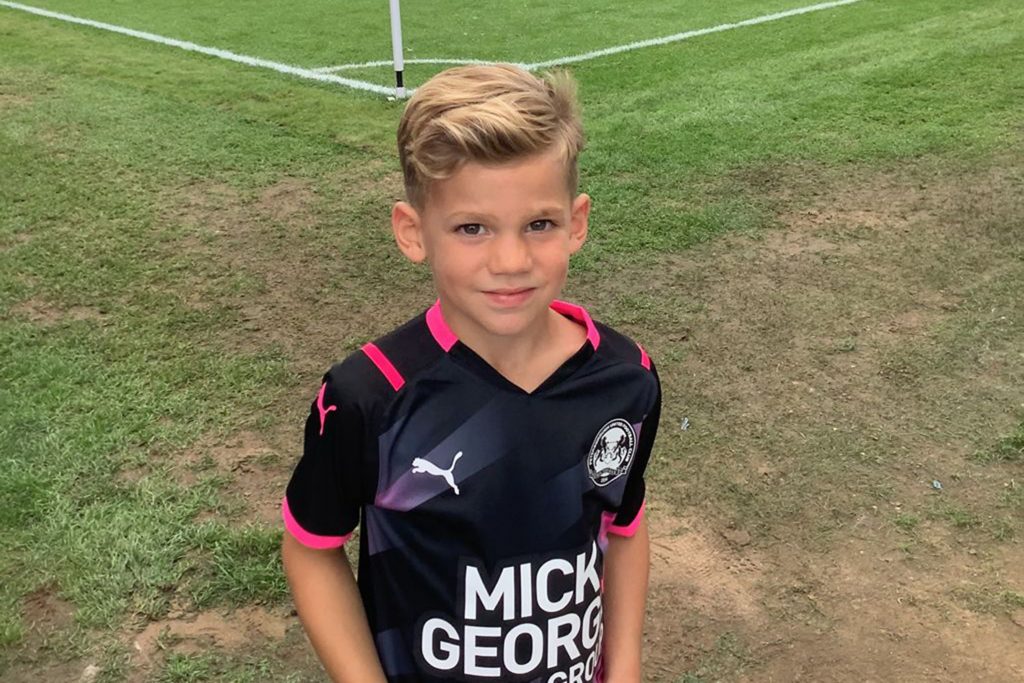 Kai joined me at U6 football training at Oakley. He joined very young but straight away you could see with his attitude and skills that he had potential to be a great little player.

His attitude of the ball is mine and I want it all the time just stood out. If he didn’t have it, he was going to do everything he could to get it, it didn’t matter how much bigger the player was who had it!

Then when he did have it he showed good skill and a lovely shot for such a young kid. I have watched him grow over the last 2 years, sometimes coaching him, sometimes just watching at other training sessions. In every game or session I’ve seen, he has kept that attitude and now is using that when he has the ball as well, he is doing tricks, skills and scoring goals with that no fear attitude.

I was not surprised to hear that he had been asked to attend trials at Peterborough and Tottenham and that he was accepted by both. It is great that he now has the chance of some top level coaching and the opportunity to learn the game from the best around.

Kai is on a journey that of course could end up anywhere but with his attitude and skills he has a great chance of taking advantage of the places he will be training at.
Good luck young fella!!!