Fantastic day had by all at Roley Moore 2017 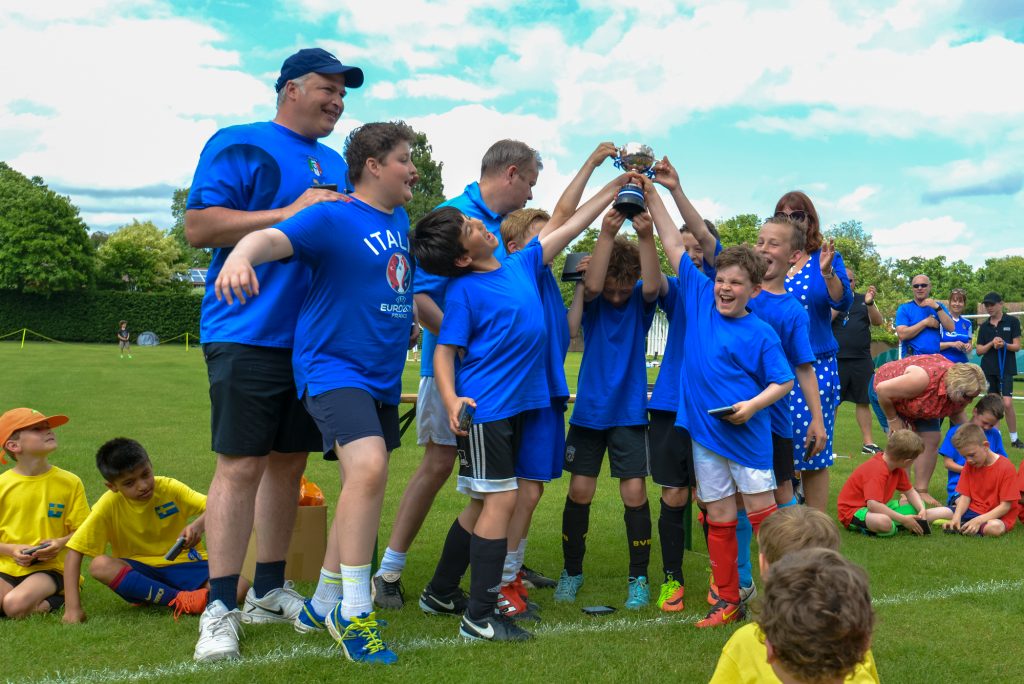 Roley Moore 2017 was another fantastic event, this year in the theme of Women’s Euros 2017. Over 100 AFC Oakley players from between U6-U10 groups took part with some truly fantastic football played. Keenly contested finals resulted in a share of the trophy between Italy and Spain, and Italy winning the senior tournament. Fair play trophy winners were Germany and England in the two competitions.

It was a fun day for all, with the SSG fun zone proving a real draw to the player who sometimes remembered there was football going on J . It was great to see the local community come together for this always popular event, including representation from Lincroft school. Awards were given after the event by local councillor Jane Walker and the Moore family, in who’s name we hold this annual event.

Finally, the day was a record making fundraising success this year, so sincere thanks to the countless people who contributed in so many ways.